Early Learning is Not Baby Sitting

Childcare is Not Baby Sitting

One of the greatest insults for parents, teachers and early childhood educators is to suggest early learning is merely ‘babysitting’.

Early childhood educators and teachers invest years of training to gain their child care qualifications, and dedicate themselves to ongoing upskilling while improving their knowledge to provide the best possible service for children and their families.

Not to mention the emotional investment of teaching children important life lessons, sharing some of their most significant early milestones, and arming them with life-long skills.

But there still remains a stigma attached to the child care and early learning profession – a widely held belief that it’s an easy job that anyone can do.

Multiple studies suggest this attitude, combined with the fact women make up more than 89% of staff in early childhood education, has contributed to lower social respect, and lower pay rates for the sector.

This was reinforced in January 2017, by Australian Senator David Leyonhjelm’s description of the work of childcare educators on national television program The Project:

“A lot of women, mostly women, used to look after kids in childcare centres. And then they brought in this national quality framework and they had to go and get a Certificate III in childcare in order to continue the job they were doing — you know, wiping noses and stopping the kids from killing each other. A lot of women just quit. The ones who got certificate threes said, ‘OK, I want more pay now that I’m more qualified’. All we did was drive up the cost because of this credentialism.”

Despite this widely held attitude, there have been some moves toward greater recognition of the early learning and early childhood education professions, including changes to titles and re-categorisation of service types.

Although some reports suggest the title change from childcare worker to early childhood educator still falls short of acknowledging the profession with the respect it deserves.

But an Australian Government portfolio reshuffle in 2015 saw Early Childhood Education and Care moved from Social Services to Education, within the ministerial responsibility of Simon Birmingham.

For many, it was considered a move in the right direction, after what has been a long and confusing federal attitude to early learning.

Flinders University Associate Professor Susan Krieg revealed in this article for The Conversation that the word ‘childcare’ did not appear in any ministerial portfolio until the first Rudd government in 2007. The sector has since been covered by various titles and recategorised in multiple portfolio reshuffles.

Krieg suggests the status of child care and early learning will only be improved with greater government investment and acknowledgment of early childhood education as a shared, public responsibility.

The identity crisis of early childhood education is not unique to Australia, but there is evidence of changing attitudes internationally.

A study of 54 early childhood educators in Ontario, Canada found participants held a high personal sense of professionalism and felt others also regarded their qualifications just as highly. However, an early childhood educator’s average salary still remains less than half of an elementary or kindergarten teacher’s annual salary (Statistics Canada, 2011).

Some people might ask why public perception of the early learning industry or childhood education profession is important. As long as the job is done, isn’t that all that matters?

But this negative public perception could prevent the job from being done at all, and has the potential to significantly disrupt the child care and early learning industry with staff shortages.

A 2016 survey revealed as many as one in five child care educators plan to leave the profession within the next 12 months, while 20% of Australian education graduates never even register as teachers. Feeling undervalued is one of the three most common reasons why along with low pay and spending too much time on childcare paperwork.

As a result, some experts fear Australia could experience a shortage of teachers if these trends continue. Teacher shortages are already occurring in rural and regional areas, and the problem could worsen with student numbers predicted to rise 26 per cent by 2022.

Yet it’s left up to child care operators to take measures to retain child care educators, like offering ongoing professional development or investing in resources to create a more vibrant and supportive workplace, such as innovative childcare management software.

These figures provide clear evidence that early childhood education is a profession we should all value childcare management sofware, and the work of educators and teachers is serious business, not child’s play. 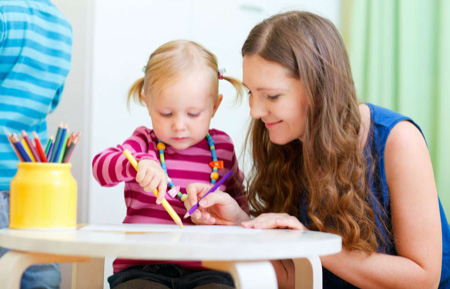 Article Name
Early Learning is not Babysitting
Description
Childcare is Not Baby Sitting One of the greatest insults for parents, teachers and early childhood educators is to suggest early learning is merely ‘babysitting’. Early childhood educators and teachers invest years of training to gain their child care qualifications, and dedicate themselves to ongoing upskilling while improving their knowledge to provide the best possible service for children and their families.
Author
Mark Woodland
Publisher Name
Xplor
Publisher Logo