Hi, my name is Mark. I walk around a lot. I’ll try and stay in the circle. But, my story started with my mother. She was a school teacher and she was a school teacher for her whole career and she started off as a kindergarten teacher, and went through school in ranks, for lack of a better word. And what she did, and it was a really poor decision-making but she retired and she invested all of her super into buy a childcare centre, a 33 place childcare centre in Melbourne, with this goal of being able to teach and mold the future and do amazing things in education but she quickly realized that 90% of her job is chasing fees, collecting enrolments, making sure parents signed on these stupid pieces of paper at the right time at the right moment and got their signatures in the right spot.

I have two versions of this story, and there’s a story I tell the media, and that story is that I’m an awesome son and I left the Australian Defence Force to help my mother. The real story is I got sick of the winding every afternoon, [chuckle] I resigned to do my job, so I left the Army and I helped my mother at her local childcare centre. And so I left the defence force, and I thought defence was a pretty heavy regulated industry, I tell you what, childcare destroys it. And so I walked into this childcare centre, had a quick interaction with a staff member and said, “Look, could you please take the rubbish out for me?” I thought I was being pretty good by saying please. She said, “Why?” I nearly lost it.

And that was my first interaction with childcare. And so I sat at this desk and I watched parents walk through every single morning, and they’d sign on this piece of paper, I then take this piece of paper, and manually enter it into a database and then do my head in. So I approached an app developer and I said, “Look, I got a crazy idea, what do you think?” He quoted me a stupid amount of money that I wish I took to this day, but I couldn’t afford it at that point. So I went home very sad, taught myself how to code and wrote the first iteration of Xplor, which allowed a parent using a beacon to walk through the front door, and that would automatically send a notification to their phone and they’ll automatically sign in. First problem solved for me.

The second challenge I had are my educators. Remember, I’m not an educator. They would come into my centre, they’d sit on the ground and they’d write on these clipboards and Post-It notes and I said, “What are you guys doing?” “We’re observing children play.” I said, “That’s ridiculous. You need to do it like this.” And so, I said, “Look, leave it with me. I’ll solve this for you.”

And so we wrote an app that allowed an educator to take a photo, a video of what a child is doing, tag if they’re sleeping, when the nappy was changed, and it goes straight into the system, and it meant they got five minutes of their life instead of, it took five seconds now. I’m yet to meet an educator that studies for five years that wants to do administration. And then the third pain point I had was my parents. Not my personal parents, the parents in the centre. And they’d call me daily and say, “Mark, is Little Johnny’s nappy changed? How long have they slept for? What are they eating? How are they going?” And I love these parents to death, some of them work with me today, but I don’t love them enough to sit on the phone all day, [chuckle] I’m saying, “It’s okay, I’m here to help your children, not upset them.” And so, the obvious solution to me was open the app up. When an educator takes a photo, it goes straight to the parent, problem solved. So, what we ended up building was this incredible ecosystem that is what Xplor is today. And it’s an operating system that takes care of all the automation and administration for the administrator.

It connects the educator, which means they can start teaching again. They can live-stream what the children’s learned, or a child is learning, and they can do a whole series of things, and it connects the parent. And I’ll tell you what, I’m a new father, I’ve got a four-month-old now, and I’ve apologised to all those parents I told to harden up as they went…

And I get it. And parents just want to connect with their child. Parents genuinely want to help their child. It’s not helicopter parenting anymore, it’s Gen Y. And so, [laughter] that’s what we want, that’s what we do, and that’s the expectation in education now. Now, we’ve automated a whole lot and it’s a lot more exciting than just photos and videos. It means reports are done automatically. There is predictive rostering so it’s taking consideration ratios and a whole series of things that an educator used to have to do manually. And we’re not replacing the educators, we’re saying, “Just let’s teach again.” Thanks. 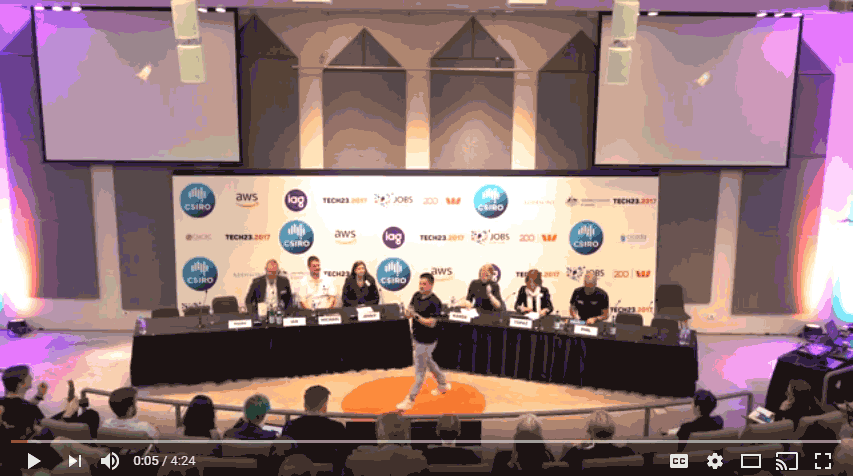 Article Name
Mark and Xplor Transforming Childcare
Description
Hi, my name is Mark. my story started with my mother. She was a school teacher and she was a school teacher for her whole career and she started off as a kindergarten teacher, and went through school in ranks. And what she did, and it was a really poor decision-making but she retired and she invested all of her super into buy a childcare centre, a 33 place childcare centre in Melbourne, with this goal of being able to teach and mold the future and do amazing things in education but she quickly realized that 90% of her job is chasing fees, collecting enrolments, making sure parents signed on these stupid pieces of paper at the right time at the right moment and got their signatures in the right spot.
Author
Mark Woodland
Publisher Name
Xplor
Publisher Logo